The game console has been available for a long time. People who are currently over 25 years old, actually have experience playing console. Many games that are popular on SNES, PlayStation, and Sega are still loved by a wide audience.

Some versions of them appear in new and modern technology, but unfortunately, they can lose their appeal in the process of modernization. If you want to get a real sensation, it’s better to use an emulator.

What is SEN? NES is a Nintendo Entertainment System. This is a game console that has become an icon for many people. Unfortunately, it will be quite difficult to find authentic consoles now.

Now you can find emulators from any game console for all possible devices. Emulators available for different platforms that are suitable for your smartphone or computer.

You don’t need to install additional drivers or anything – just download the application to your device. Emulators can give you more functionality than older consoles.

We offer you the 11 best Android device emulator apps to help you play old but favorite games for NES. 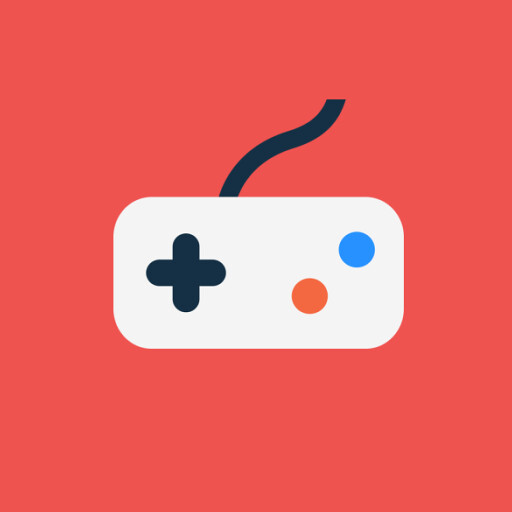 classic emulator for nes For those who are not accustomed to using cheats while playing, Classic Emulator might seem too boring. This application really doesn’t allow users to cheat when they pass the level – everything is original! You need to make an effort to achieve what you want in the game, and you can think of it as your real achievement.

Classic Emulator contains a lot of popular game simulations that you may have played since you were a child. It should be noted that you chose the emulator. The obvious disadvantages of this application include the presence of a large number of advertisements.

For example, advertising banners or advertisements appear every time you enter the application. In Classic Emulator you can also find not only Nintendo Emulators but also Dendi and Sega. So, if you miss a game on another console, you can also try it. 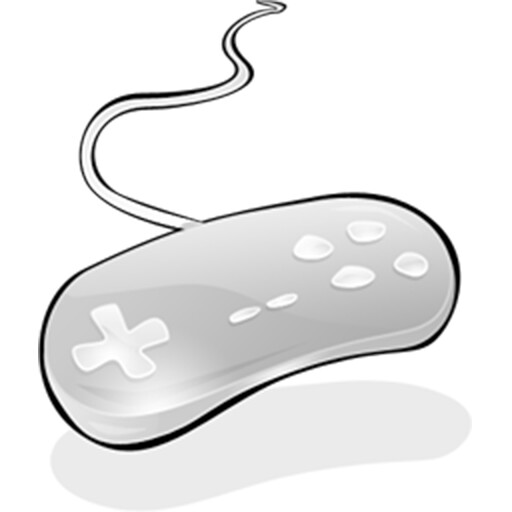 the super8plus8-bit game conquered many teenagers and adults when they came out. Until now, their popularity remains, because there are fans of this genre.

Someone prefers to enjoy nostalgia and enjoy the memories of the game, someone is just a fan of this graphic. Super8Plus is an emulator for games that are played on old consoles like Nintendo or Dendi.

For easy game play, you can adjust all controls one at a time – button position or joystick – in settings. You will be taken to the Games section as soon as you start – you only need to choose what you really want to play.

Unfortunately, you won’t be able to connect real joystick controls – even with additional cables. But you get bright colors from the game and the quality of the graphics. We recommend running the application with internet access turned off – so you won’t see annoying advertisements.

snes9x ex + Snes9x EX + is considered the best Super Nintendo emulator ever. It is very well designed and built, so you will get full immersion.

If necessary, you can even connect a gamepad for easy control in the game. There are no unnecessary details or features in the application – you are left alone with your favorite games and your smartphone.

Because Snes9x EX + is open-source and growing, you shouldn’t expect an interface that’s too complicated. The design of the application itself is dark and very simple – enough for you to find the content you are looking for in no time.

For comfortable and convenient game operations, it is recommended to install Snes9x EX + on Android devices, version 1.55 or higher. There are some difficulties in the game itself, but for the most part, they are related to control features. 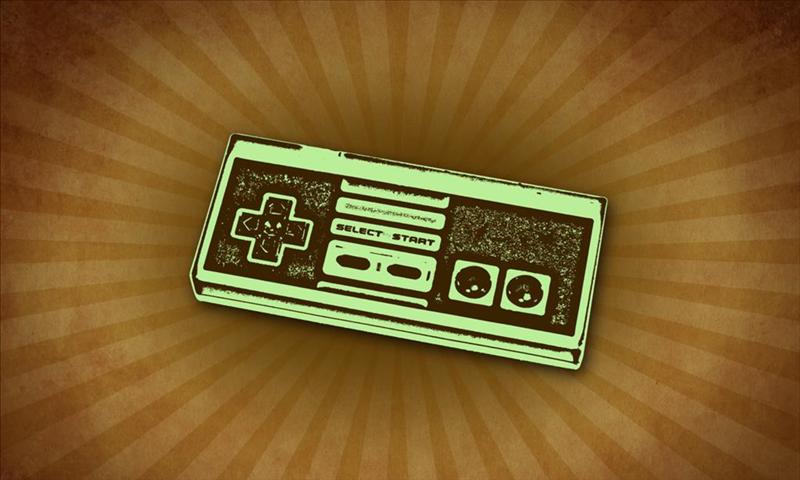 nostalgia.nes In some cases, you don’t want to play a lot of games. For example, you have found an .nes file with your favorite game and now want to run it on your smartphone.

In this case, you will need a clean Nintendo Emulator without pre-installed games. Nostalgia. NES is a high-quality emulator that won’t burden you with additional applications and characters but has a user-friendly interface.

In Nostalgia.NES, you set the game you want to play and start setting up the Emulator one by one. All controllers and buttons can be easily changed according to your needs and desires, and you will play as in the classic console.

The entire process in the game can be saved or you can take a screenshot of your achievements.

By the way, here are other interesting features. If you lose a battle, you don’t need to start from scratch – you just need to flush the game a few seconds ago and try again. React quickly and try to defeat all enemies. 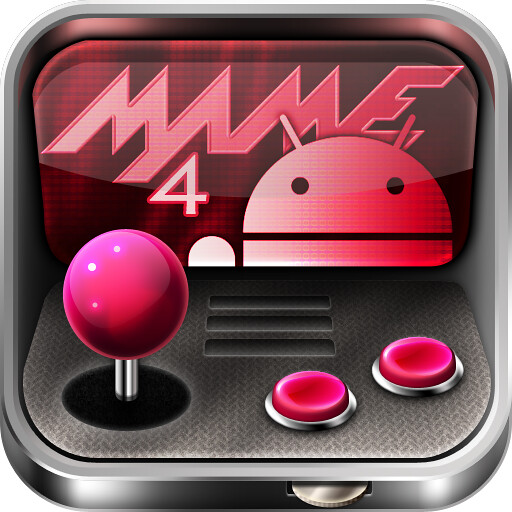 mame4droidMAME4droid is a special emulator for arcade games, which is loved by many people. Initially the MAME emulator was designed for personal computers and only later was developed for mobile devices.

For this reason, the system requirements are quite high – MAME4droid runs on devices with 3 cores and requires high performance from your smartphone.

If you have a powerful device, you will not have problems with game installation and during the game. Each operates at full speed if it is compatible with the device.

In total, MAME4droid supports more than 8,000 different games, so it is best to search by name – if not, you run the risk of searching for what you need.

It should be noted that if this game is supported in 3D mode, there may be small bugs in graphics and speed – this is due to the fact that the original game version was specifically designed for consoles. 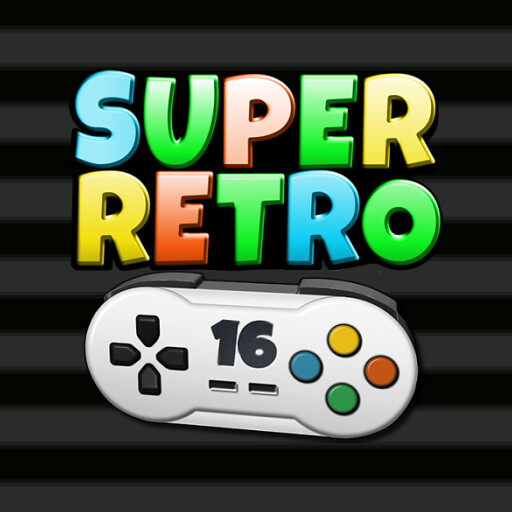 Superretro16 Playing on different devices, you think more than once that it will be good to synchronize games with each other. For example, when you travel, you only use a smartphone, but at home, you prefer to play on a tablet.

In this case, SuperRetro16 can help you. Emulator allows you to synchronize all game progress in the cloud on multiple devices, and you can continue what you started.

SuperRetro16 does not include any games – you need to install ROM files on your smartphone. But the emulator will automatically detect all games in your memory immediately.

That way, you can launch it quickly and get started. For convenience, you can connect the gamepad – SuperRetro16 compatible well – as well as a mouse.

You can even play online with your friends or family. Just connect your device via Wi-Fi or Bluetooth and you will be a team in a battle against monsters (or fighting each other). 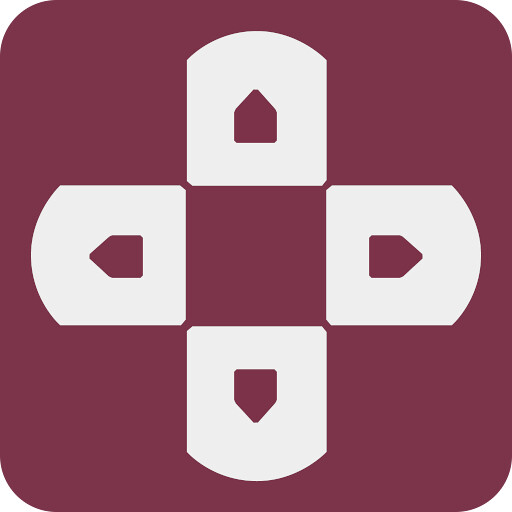 High-quality rendering is one of the key requirements that users have for such applications. John NESS is a perfect match – the original NES and SNES engine perfectly handles the image that will be displayed on your screen.

To download the game, you will need your own file. By the way, the file itself can be in the form of a ZIP archive – the emulator can handle the disassembly and give you a ready-made game.

Like many other emulators, John NESS has a fully customizable control layout and even a virtual keyboard. Unfortunately, this application is not compatible with all games – for example, Battletoads are not supported.

However, with other games, John NESS is fully optimized and allows you to enjoy the game in all its forms. You can rewind and reverse the story, skip your favorite levels, and use the Turbo Button.

Developers have recently added ads to the system – so you can sometimes see ads and videos, but usually, they won’t disturb users. 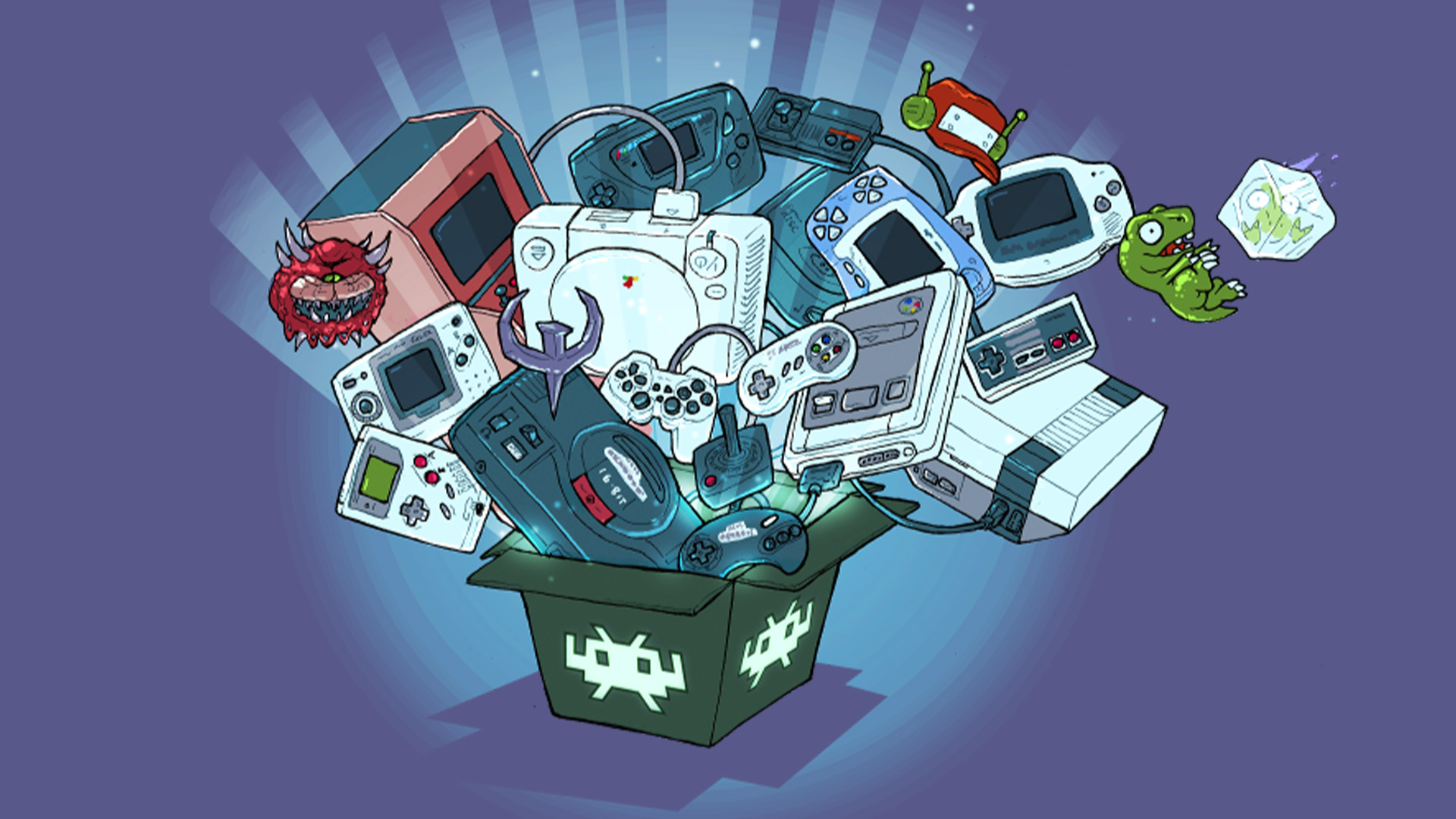 retroarchThis application uses a special Libretro development interface. This allows you to create cross platform applications that will use all possible functionality.

RetroArch soon has a collection of default apps that you need to have fun. You can view all data from the database for each game, and add them to individual collections.

You will not immediately see a game that you can play. For each of them, you need to install a modular – kernel program. You must download it from the menu and then continue the process.

More than 80 different kernels are already in it, but you can also add your own files. If you add something of your own, RetroArch will not steal your data or property. By the way, one of the features of the emulator – it doesn’t have push ads or other ads. Nobody will bother you during the game. 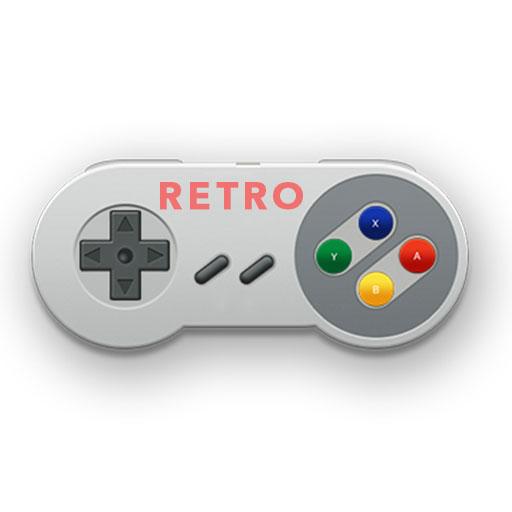 snesemu retro emulator Some emulators have problems with displaying game graphics. For example, you can pass through walls or floors of buildings – although in the original version it was not possible.

Your SNESE also has some problems with graphics – but only in certain games. For the most part, you will not find such manifestations. You can add more of your own favorite games to continue gameplay at any time.

SNESE You have your own popular game catalog, which is constantly updated. You can choose one of them and start playing as if you were in the past. Continue playing at any time – the main thing is to save it first.

Your SNESE application itself is still in active development, which can cause incompatibility with some files. But if you will only use the default game, you will not encounter any problems. 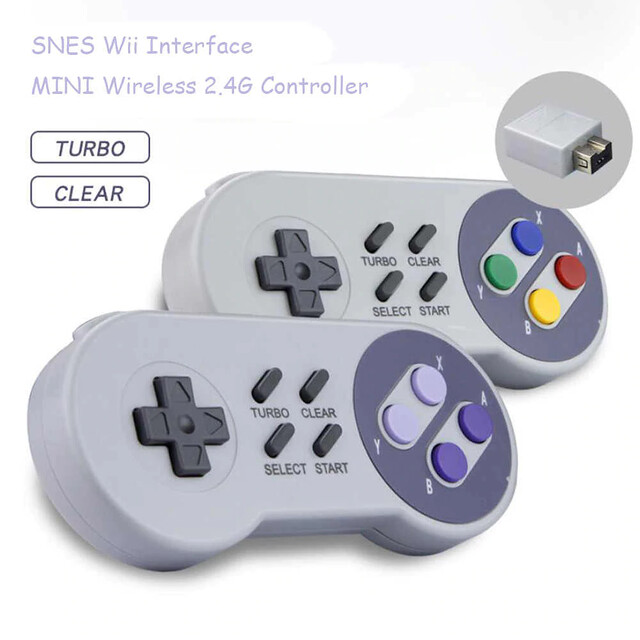 super fc nes games you might want to play some authentic games. Some of the most popular games in the 80s and 90s were scroll shooting games. Super FC Nes Games presents just that feature, starting with Jamma’s first arcade game.

The controls in this emulator are presented as a kind of on-screen joystick. You control by clicking on the screen sensors, moving through the maze, or other locations in the game.

Super FC Nes Games works perfectly without Wi-Fi or cellular Internet connection. If you are blinded by advertisements or no longer want to watch advertisements, just turn off the internet and continue past the level.

The controls are quite comfortable, despite a small problem. Players can really feel in the past, defeating enemies.

There are not so many different games at Super FC Nes Games, but you can still enjoy your favorite games. Before installing the application, it is best to check if your favorite game is in the list of installed games. 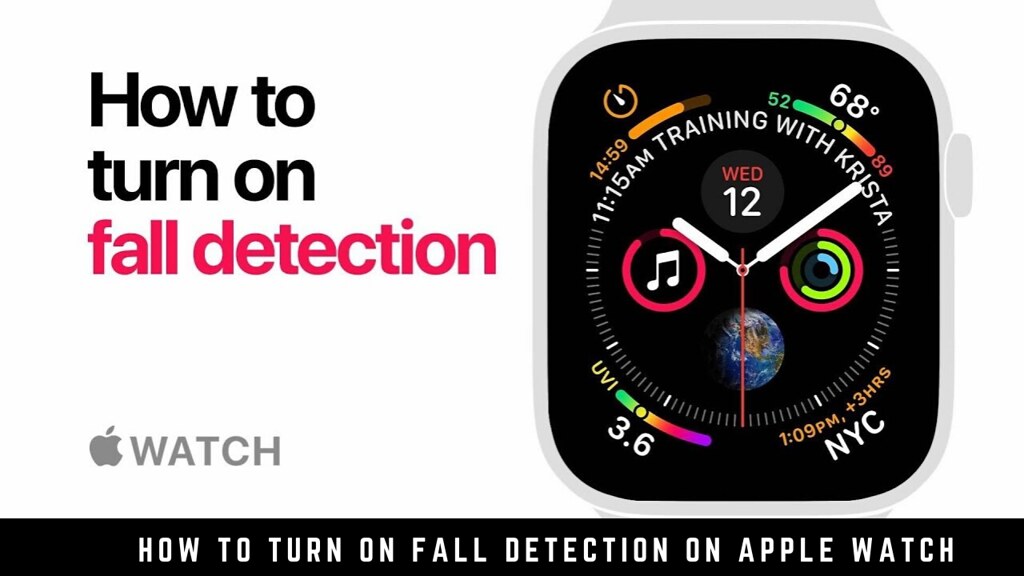 How to turn on Fall Detection on Apple Watch 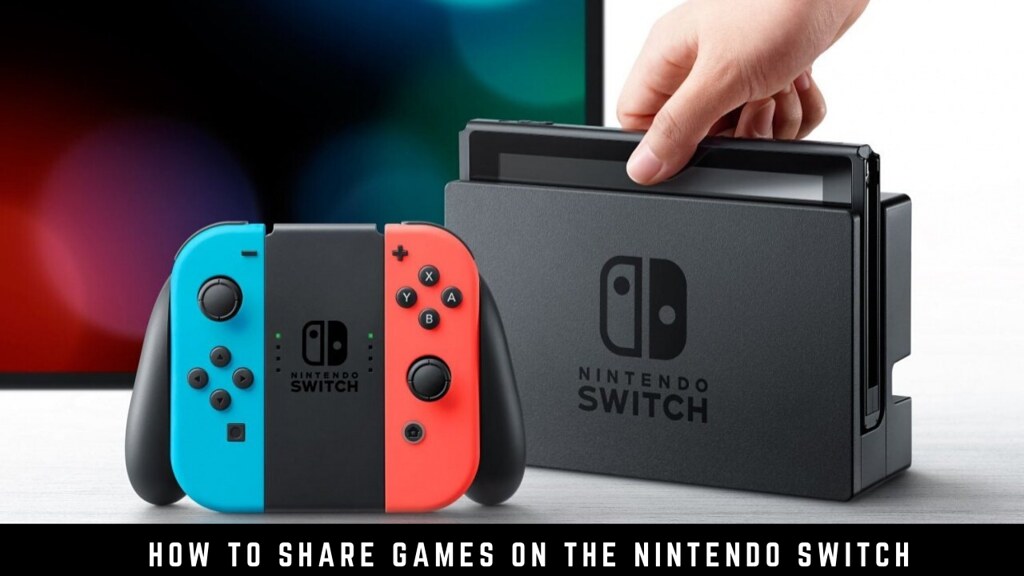 14 The Best Apps For Meeting New People For Android & iOS

11 of the best coding apps for children (Android & iOS)

15 of the best apps for learning Spanish for Android & iOS

How to Integrate Your iPhone with a Windows PC or Chromebook

How to Change or Set a Background Image in Safari on macOS...

How to Organize Group Photos in Messages...

How to Install the ElkArte Forum Software...

How to Import Passwords and Settings from...

How to Opt Out from MacOS or...

How to Add Special Characters on Mac...